Polarity Therapy was devised by Dr Randolph Stone that amalgamates other healing therapies from both east and west. Dr Stone studied many of these therapies, including yoga and acupuncture and he was also trained to practice osteopathy and chiropractic among others.

He began to search for a cure to the problem that he experienced with some of his patients when, although their disorder had been cured by the use of manipulation, they subsequently became unwell. Through his studies of eastern therapies he accepted the fundamental belief that a form of energy flows along certain channels in the body and that to keep good health the flow must be maintained. In India this energy is referred to as prana and in China it was called chi or qi. The western equivalent of this would probably be called the person’s soul or spirit.

It is believed that ailments occur when this flow of energy is blocked or it out of balance, and this could happen for different reasons such as tension or stress, disturbances in the mind or unhealthy eating patterns. This energy is purported to be the controlling factor in a person’s while life and therefore affects the mind and body at all levels. It is believe that once the flow of the energy has been restored to normal, the ailment will disappear and not recur.

Dr Stone’s polarity therapy states that there are three types of relationships, known as neutral, positive and negative, to be maintained between various areas in the body and five centres of energy. These centres originate from a very old belief held in India, and each centre is held to have an effect on its related part of they body. The centres are known as ether, air, fire, water and earth. The therapy’s aim is to maintain a balance and harmony between all these various points, and Dr Stone slowly developed four procedures to do this. They are the use of diet, stretching exercises, touch and manipulation, and mental attitude, that is, contemplation allied with a positive view of life.

First Session: What to Expect

Your therapist will first need to understand your medical history so will ask questions. Your answers establish a starting point for the therapist to build upon as your therapy progresses. Your therapist may conduct several assessments if he feels there’s a need.

Once the assessments are completed, your therapist evaluates the imbalance of your body’s energies and design a thorough plan that will include bodywork sessions. You’ll have your first bodywork during this initial session to address any immediate concerns.

Your therapist administers the majority of bodywork techniques using bipolar contact and you remain fully clothed . Your therapist may use his entire hand or just the fingers in order to link to your body’s energy fields. Your therapist’s touch may alter between light to deep. You’ll be surprised that even deep touch is gentle since your therapist is working strictly with your energy fields and not your muscular or skeletal structures.

At times correcting energy may evoke emotional and/or physical reactions, especially if it’s a cause of the disruption in your energy. You may find yourself crying, laughing, experiencing overwhelming feelings of anger or joy or you may feel a very deep relaxation.

After Bodywork Is Completed

As part of your session, the therapist may recommend a diet and exercise regimen for you to follow in order to further balance the five elements within your body. If your body has a high-level of toxicity, the therapist may start you on a cleansing program.

You have discovered a unique therapy where your illness isn’t treated as an invading enemy that must be defeated. Instead, Polarity Therapy recognises your disease is a breakdown within the harmony of your body’s natural energy systems.

With polarity therapy you can experience a gentle reconnecting of your body’s energy systems to help you rediscover and maintain a healthy life.

In alternative medicine, polarity therapy is said to help with the following health problems:

Additionally, proponents of polarity therapy claim that it can also improve range of motion, increase energy, alleviate pain, relieve stress and reduce swelling. Some also suggest that polarity therapy can stimulate the immune system and fend off diseases, including cancer.

Health Benefits of Polarity Therapy for Cancer and Stress

Polarity Therapy for Cancer: Preliminary research indicates that polarity therapy may help offset some of the adverse effects associated with certain cancer treatments. In a pilot study published in Integrative Cancer Therapies in 2005, researchers found that polarity therapy may help alleviate fatigue and improve quality of life among women undergoing radiation therapy for breast cancer.

In a 2011 study also published in Integrative Cancer Therapies, researchers assigned 45 women undergoing radiation therapy for breast cancer to receive either standard clinical care, massage or polarity therapy over the course of 3 weeks. At the study’s end, members of the massage and polarity therapy groups reported greater improvements in fatigue and quality of life than members of the group assigned to standard care.

Polarity Therapy for Stress: Polarity therapy may help reduce stress, according to a 2009 study published in The Gerontologist. The study involved 42 caregivers of people with dementia. One group received eight sessions of polarity therapy, while a second group had a short-term relief of their caregiving duties. After assessing each participant, the study’s authors determined that those given polarity therapies experienced a significantly greater reduction in stress levels. In addition, members of the polarity therapy group showed greater improvements in depression, pain, vitality, and general health.

It’s important for people with cancer and certain chronic conditions (including heart disease and arthritis) to consult their physician prior to undergoing polarity therapy.

It’s also important to note that using polarity therapy in place of standard care for a chronic condition or major illness like cancer may have serious consequences.

All Treatments — Remote or In-person 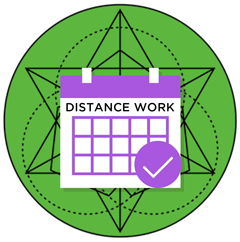